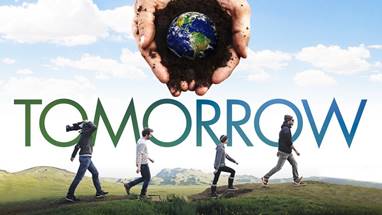 In celebration of the Earth Day, let’s focus on our planet and watch a documentary “Tomorrow”. As we all know, the world’s climate is changing. Instead of showing the worst that can happen, this documentary focuses on the people suggesting solutions and their actions. We hope you will enjoy watching it and will join us for a discussion on Friday, April 22, at noon. We are looking forward to seeing you on Friday’s Zoom discussion.

Join a discussion on Zoom

Synopsis: Faced with a sense of powerlessness in the face of growing evidence of a coming mass human extinction, Melanie Laurent (Inglorious Bastards) and activist Cyril Dion travel to ten countries where grassroots pioneers are reinventing their economies and democracies. From Detroit, where urban farms have transformed a dying city, to Copenhagen, where nearly 70% of the energy is renewable, to Kuttambakkan in India, where participative democracy allows different castes to work together, and to other communities around the world, TOMORROW engages the audience to consider what can and must be done to save our future. 2016 César Award for Best Documentary Film. “*Critic’s Pick! Strikingly composed…fast-paced…an overall sense of lighthearted adventure…the hopscotching visuals are as vibrant as the subjects profiled.” – The New York Times

About the directors: Cyril Dion is a French writer, film director, poet, and activist. He is one of the leading figures in the French climate movement that is organizing the Climate Marches starting in September 2018. Mélanie Laurent, is a French actress, filmmaker, and singer.